A heater is a mechanism for maintaining temperatures at an appropriate level; by utilizing thermal energy within a house, workplace, or other home. Typically part of an HVAC (heating, ventilation, a/c) system. A heater might be a central heating system or dispersed.

Wood-fired central heating unit Hot water main heating system, utilizing wood as fuel A main heating system provides heat to the whole interior of a building (or part of a building) from one indicate multiple rooms. When integrated with other systems in order to control the building environment, the entire system may be an A/C (heating, ventilation and air conditioning) system - home heating.

The heat is dispersed throughout the structure, generally by forced-air through ductwork, by water distributing through pipelines, or by steam fed through pipes. The most typical approach of heat generation includes the combustion of nonrenewable fuel source in a heating system or boiler - types of heating system. In much of the temperate climate zone, most removed housing has actually had actually main heating installed since before the Second World War.

e. the anthracite coal region in northeast Pennsylvania) coal-fired steam or hot water systems were typical. Later in the 20th century, these were updated to burn fuel oil or gas, getting rid of the requirement for a big coal storage bin near the boiler and the requirement to eliminate and dispose of coal ashes. 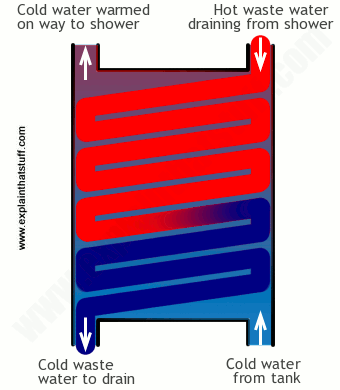 A cheaper alternative to hot water or steam heat is required hot air. A heating system burns fuel oil, which heats air in a heat exchanger, and blower fans flow the warmed air through a network of ducts to the spaces in the building. This system is more affordable due to the fact that the air moves through a series of ducts instead of pipes, and does not need a pipe fitter to install.

The 4 different generations of district heating systems and their energy sources Electrical heating systems happen less commonly and are practical only with affordable electrical energy or when ground source heatpump are used. Considering the combined system of thermal power station and electrical resistance heating, the overall efficiency will be less than for direct usage of fossil fuel for area heating.

Alternatives to such systems are gas heating units and district heating. District heating utilizes the waste heat from a commercial process or electrical generating plant to provide heat for surrounding structures. Comparable to cogeneration, this needs underground piping to flow warm water or steam. An illustration of the ondol system Usage of the has actually been found at historical sites in contemporary North Korea.

The main components of the conventional ondol are an (firebox or range) accessible from an adjoining room (normally kitchen or master bedroom), a raised masonry flooring underlain by horizontal smoke passages, and a vertical, freestanding chimney on the opposite exterior wall providing a draft. The heated flooring, supported by stone piers or baffles to disperse the smoke, is covered by stone pieces, clay and an impervious layer such as oiled paper.

When a fire was lit in the heating system to prepare rice for supper, the flame would extend horizontally because the flue entry was next to the heater. This plan was important, as it would not allow the smoke to take a trip up, which would trigger the flame to head out too soon.

Whole spaces would be built on the heating system flue to develop ondol floored rooms. Ondol had traditionally been utilized as a home for sitting, consuming, sleeping and other pastimes in most Korean houses before the 1960s. Koreans are accustomed to sitting and sleeping on the flooring, and working and consuming at low tables rather of raised tables with chairs.

For short-term cooking, rice paddy straws or crop waste was preferred, while long hours of cooking and flooring heating required longer-burning fire wood. Unlike modern-day water heaters, the fuel was either sporadically or frequently burned (2 to five times a day), depending on frequency of cooking and seasonal weather. The ancient Greeks initially developed main heating.

Some buildings in the Roman Empire used main heater, performing air warmed by heaters through voids under the floorings and out of pipes (called caliducts) in the wallsa system referred to as a. The Roman hypocaust continued to be utilized on a smaller sized scale throughout late Antiquity and by the Umayyad caliphate, while later Muslim home builders used an easier system of underfloor pipes.

In the early medieval Alpine upland, a simpler central heater where heat took a trip through underfloor channels from the heating system room changed the Roman hypocaust at some places. In Reichenau Abbey a network of interconnected underfloor channels warmed the 300 m large assembly space of the monks during the cold weather.

In the 13th century, the Cistercian monks revived central heating in Christian Europe using river diversions integrated with indoor wood-fired furnaces. The unspoiled Royal Monastery of Our Girl of the Wheel (founded 1202) on the Ebro River in the Aragon area of Spain supplies an excellent example of such an application. heating unit.

Sylvester's warm-air stove, 1819 William Strutt created a new mill building in Derby with a main hot air heating system in 1793, although the idea had actually been already proposed by John Evelyn almost a a century previously. Strutt's style consisted of a big stove that warmed air brought from the outdoors by a large underground passage.

In 1807, he teamed up with another eminent engineer, Charles Sylvester, on the construction of a new building to house Derby's Royal Infirmary. Sylvester was crucial in using Strutt's unique heating system for the new hospital. He published his concepts in The Approach of Domestic Economy; as exemplified in the mode of Warming, Ventilating, Washing, Drying, & Cooking, ...

Sylvester documented the brand-new methods of heating hospitals that were included in the design, and the much healthier functions such as self-cleaning and air-refreshing toilets. The infirmary's novel heating unit enabled the patients to breathe fresh heated air whilst old air was channeled up to a glass and iron dome at the centre.